YveYANG is pleased to announce our participation in West Bund Art & Design 2019, Shanghai.

The practice of Chando Ao (b. 1990, China and US) focuses on making machinery works that distribute a sensory experience to its audience. In experiencing this unique sensation that the artist has created and directed, the audience simultaneously obtains a new connection to the existing world.

Tim Enthoven (1985) is a visual artist who lives and works in Amsterdam. He received his MFA from the Yale University School of Art and a Bachelor of Design (Hons) in communication from Design Academy Eindhoven. He works with drawings, installations, and books. In recent years Enthoven exhibited at Fons Welters Gallery in Amsterdam, Abrons Art Center and Yve Yang Gallery in New York City, Untitled Art Fair San Francisco, Antenna Space, and West Bund Art Fair in Shanghai, Espacio Odeón in Bogotá, the Lisbon Architecture Triennial, and Annual Reportt in Copenhagen. He has published two books, his debut Binnenskamers in 2011 and The Tiny Tim in 2012. Enthoven is a regular contributor to publications such as The New York Times, The New Yorker and Le Monde. For his work he received multiple awards and grants, amongst which a Plantin Moretus Award, a D&AD award, an ADC Award, the Rene Smeets award, a Prins Bernhard Culture Fund scholarship and a Keep an Eye Grant.

At the heart of Enthoven’s practice lies a cognitive dissonance: he approaches people and other animals with empathy, but simultaneously with a clinical distance. He explores the collision of system and individual, and their cross-pollination. His work is at the transition of personal drama into psychopathology, and intimate sex acts into paraphilia and population ethics. Enthoven’s work is consciously devoid of humor. By juxtaposing crisp, mundane images and abstract ideas he creates dark poetry. Bodies are building blocks, architecture is a metaphor for the mind. His work is often handmade and labor intensive, and is characterized by frequent use of repetition and a preference for systems.

Wang Ye was born in Changsha (China) in 1991. He graduated from the Design Department of Central Academy of Fine Arts in 2013 in Beijing. In 2017, Wang Ye graduated with a Masters of Fine Arts from the Sculpture Department of Yale University School of Art. Ye works in multi-media projects that combine video, sculpture, handicraft, and installation. Ye draws inspirations from folk art as cultural heritage often reveals how aesthetic and value form and evolve. The artist learned traditional fishing net knitting from his hometown. Currently, he is studying the Hunan Embroidery technique.

Hunan Embroidery as a creative work is also labor-intensive. Using various color thin silk threads, stitching by stitching, to make an image. Those colorful stitching segments are the metadata of the image. Where these metadata from? Capturing from nature. Imagine an invisible fishing net, casting into the air, the river, for hunting the sunset glow, the waves’ glistening. Finally kept all the color and light on the fishing net, as colorful threads formed together. 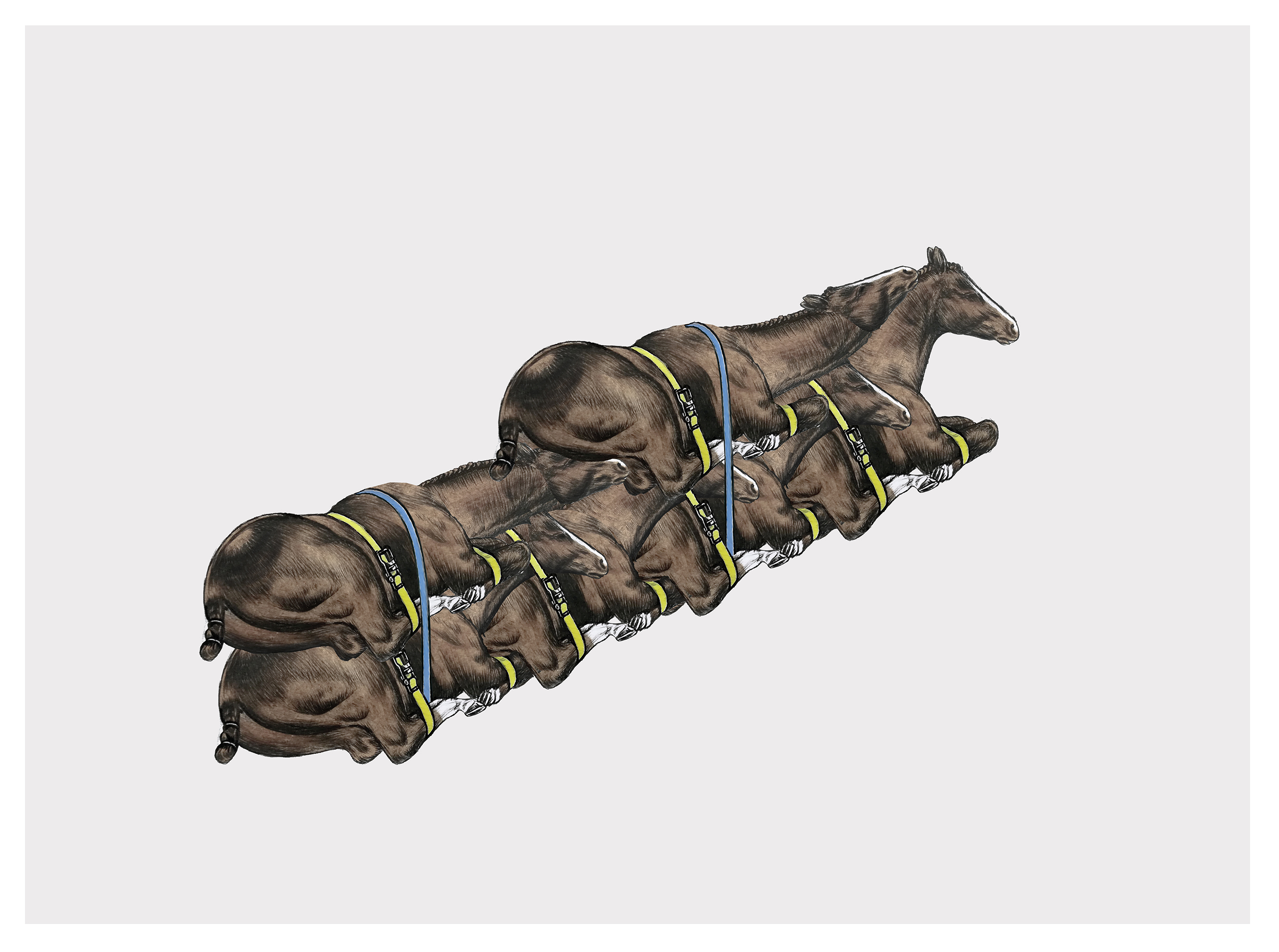